The enchantment of the Musical Fountains Show of Versailles

The Platine Hotel recommends a journey back in time to the court of Louis XIV, in the sumptuous setting of the Palace of Versailles. This former royal residence is only twenty minutes by RER rapid transit rail service from the heart of Paris and it’s easy to get there from your Platine Hotel. Enjoy a romantic experience at the Musical Fountains Show of Versailles.

What is The Musical Fountains Show?

The classic French gardens of Versailles were conceived and landscaped in the early 17th century, even before the Palace of Versailles was completed. Their further development later that century was managed under the direction of the Sun King himself, Louis XIV, to reflect the splendour of the court. Amidst the groves, bosquets, fountains and pools, intrigues were woven, the politics of the kingdom were discussed, and splendid celebrations were held. Every Saturday and Sunday from April to October and on Tuesdays during the summer, The Palace of Versailles recreates this magical atmosphere by opening all the areas usually closed and bringing the fountains to sparkling life just as they would have been in the Sun King’s day.

The Musical Fountains Shows are conceived as a 2½ hour stroll that you take, at your own pace and according to your whims, to the park’s various spaces. From the Green Carpet and the Grand Canal, where a fireworks display takes place, to the terrace of the Palace, from where you can look over the perfectly maintained groves with their fountains, pools and statues, many of which are inspired by mythology. You will be immersed in the splendour and romance of the 17th and 18th centuries. 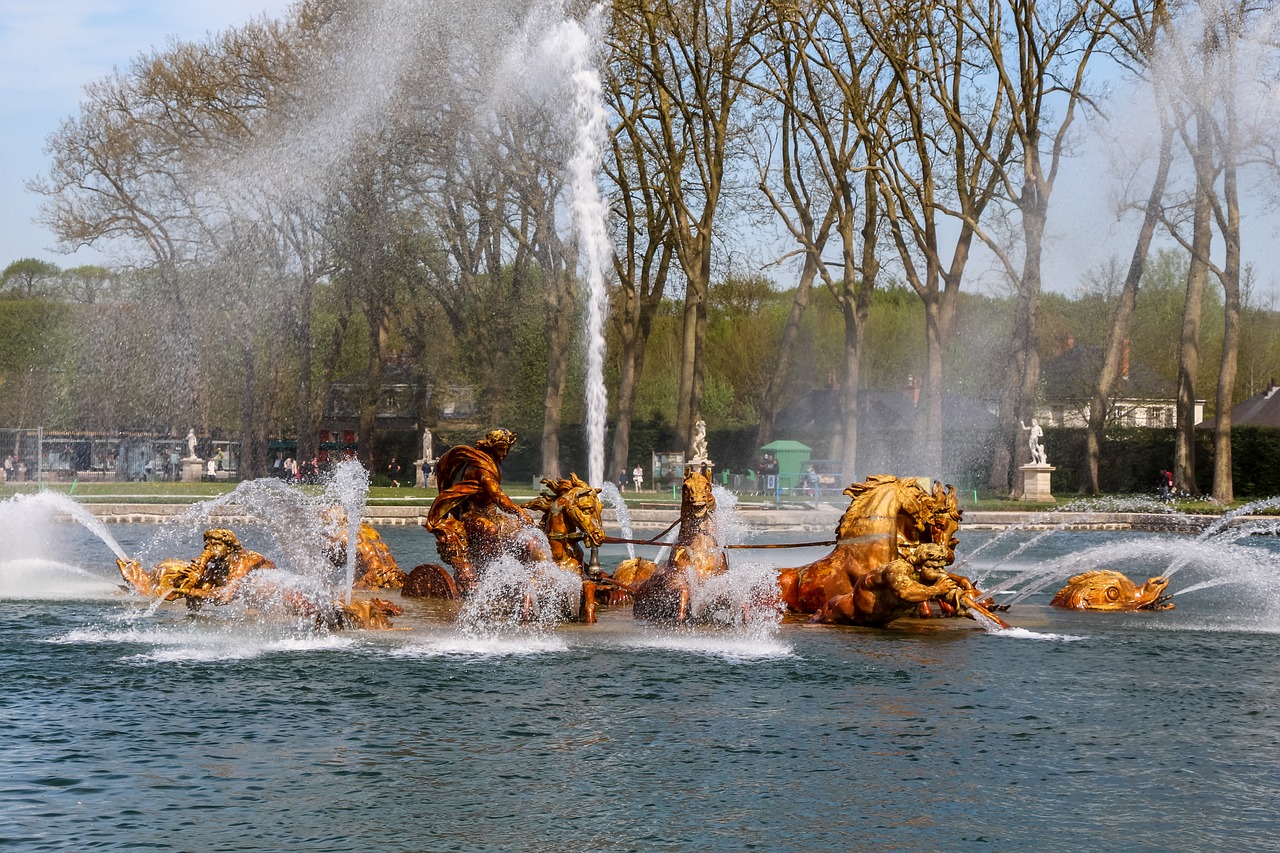 The Platine Hotel and its glamorous 1950s ambiance invite you to experience an aesthetic that is totally different yet just as fascinating as the Musical Fountains Show of the Palace of Versailles.